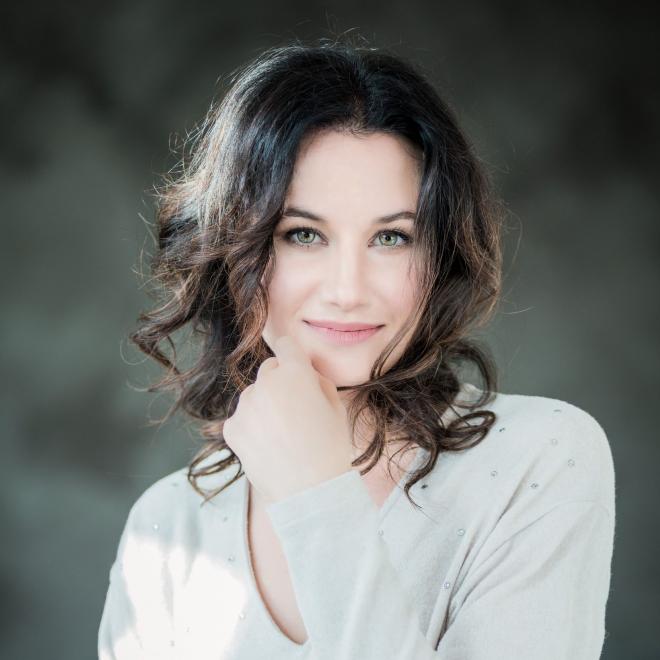 ‘Martina Filjak revealed herself to be a premium class pianist.’
Süddeutsche Zeitung

‘Lively and attractive stage presence… resourcefulness of technique and naturalness of musicality… A pianist to watch.’

Pianist Martina Filjak is praised by the international public and critics for her passionate and yet lyrical performances and technical mastery, as well as for her ‘galvanizing strength’ and ‘magnetic stage presence’.

She came to international attention in 2009, when she won first prize and a number of special awards in the renowned Cleveland International Piano Competition, which was soon followed by her debut at the Konzerthaus Berlin, the Musikverein Vienna and Carnegie Hall’s Zankel Hall (‘Lively and attractive stage presence… resourcefulness of technique and naturalness of musicality… A pianist to watch’, The New York Times). Before Cleveland, she had won first prizes in the Viotti Competition (2007) and the Maria Canals Competition in Barcelona (2008) and was a laureate of the Busoni Competition in Bolzano.

Born into a family of musicians, she started learning piano at the age of five, and had her first public performance when she was six. She was educated at the Zagreb Academy of Music, the Vienna Conservatory and in the renowned soloist programme in Hanover. She has also attended masterclasses at the prestigious International Piano Academy Lake Como in Italy.

Filjak’s large repertoire includes music from Bach to Berio and over thirty piano concertos. As a person who loves nature, where she feels truly happy, she is thrilled by music that evokes the sounds of nature and folk melodies – Bartók’s suite Out of Doors, Berio’s Six Encores (Wasserklavier, Erdenklavier, Feuerklavier and Luftklavier) and Ravel’s Une barque sur l’océan are some of her favourite pieces. She also enjoys chamber performances, as well as technically and intellectually demanding and complex works such as Beethoven’s Hammerklavier Sonata and Bartók’s Piano Concerto No. 2.

She opened the season 2019/20 with a solo recital at the prestigious Palau de la Musica in Barcelona, which was followed by performances at the festivals in Padua, Tbilisi, Dubrovnik, at the Enescu Festival in Romania, and a series of appearances in Germany as part of the project with the Munich Radio Orchestra and the Bavarian Radio Choir. The upcoming projects in the season 2020/21 include performances with the Bremen Philharmonic Orchestra conducted by Michael Schønwandt, the Kansas City Symphony conducted by Michael Stern, the Norddeutsche Philharmonie Rostock, the Bergische Symphoniker and the Zagreb Philharmonic Orchestra.

Her latest album with works of Franz Liszt was released by Hänssler Classic in January 2020.

Martina Filjak is fluent in seven languages. Fortunately, as an active performer, she loves to travel.