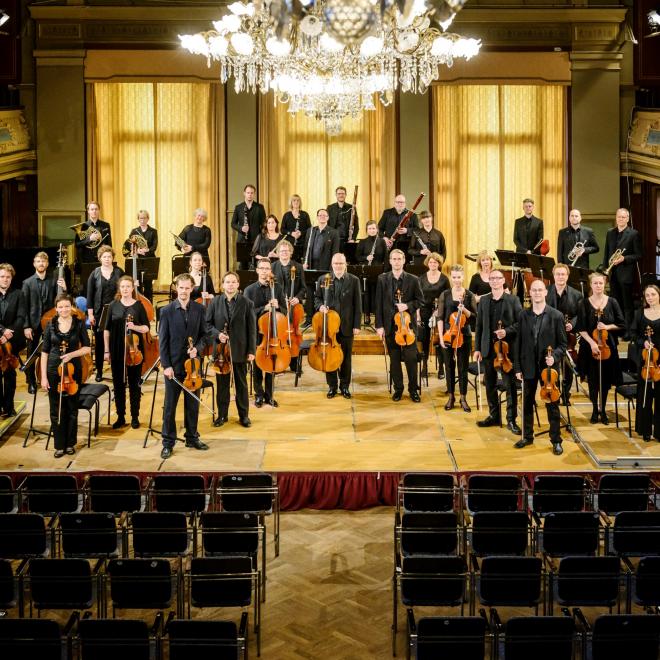 In its 25 years of existence the Nordic Chamber Orchestra from Sundsvall Sweden, might have done more than any other orchestra to promote new Swedish music.
By collaborating extensively with young composers such as Brita Byström, the orchestra has helped them to establish themselves on the very competitive contemporary music scene.

One important part of the work of the Nordic Chamber Orchestra is in reaching new audiences. Thus the orchestra’s projects involving children are not only an opportunity to share music creation with the younger generation, but also a vital part of the musicians own development.

After the first seven years during which the orchestra established itself as a pioneering body with a special interest in young Scandinavian composers and in working with children and other new audiences, the orchestra entered a new era under Christopher Warren-Green who was their chief conductor from 1998 to 2004. By concentrating on the classical repertoire he gave the orchestra its status as one of the finest interpreters of classical repertoire in Scandinavia, with praised performances of symphonies by Beethoven, Mendelssohn, Mozart and Haydn.

From 2005 to 2010 the highly respected trombone player and conductor Christian Lindberg held the title of chief conductor, and during this period the orchestra had several international tours with maestro Lindberg, both in Europe and Asia.

From 2011 the orchestra collaborates with two artistic leaders, the Swedish conductor Johannes Gustavsson and the well-known violinist with international reputation, Gilles Apap.