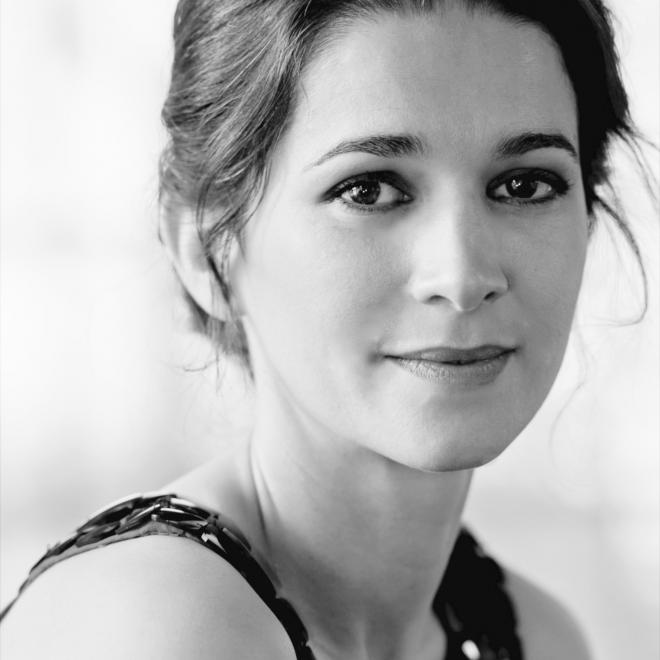 Janja Vuletić was born in Dubrovnik, Croatia, where she first studied music at the Dubrovnik Conservatory. Already during her first years of studying, she won singing competitions both at the regional, national, and eventually international level winning the International "Schneider Trnavsky" Competition in Slovakia in 2000. Soon afterwards she graduated at the University of Music and Performing Arts in Vienna. In 2005, she was the winner of six prizes at the 24th International Belvedere Singing Competition in Vienna, including the 1st prize for Operetta and 2nd prize for Opera. In 2008 she won the Opera Competition of the Mezzo TV Broadcast thanks to her performance of Lucretia (The rape of Lucretia) by Britten.

Her earliest engagements include the International Opera Studio Zürich, where she took part in several productions and had the opportunity to make her debut at the Zürich Opera House in Offenbach's La Belle Hélène, under the baton of Nikolaus Harnoncourt. From 2002 through 2006, she was engaged as a soloist at the Karlsruhe Opera, performing parts such as Cherubino (Le Nozze di Figaro), Orlofsky (Die Fledermaus), Hänsel (Hänsel und Gretel), Olga (Eugen Onegin), Niklausse (Les Contes d'Hoffmann), the Prince (Cendrillon) and Idamante (Idomeneo).

In 2006, she made her debut at the Théâtre Royal de la Monnaie Brussels (Fjodor in Boris Godunow) and at the Grand Théâtre in Geneva (Melanto in Il ritorno d'Ulisse in Patria). Soon alterwards followed Cosi fan tutte (Despina) at the Grand Théâtre in Geneva, Bizet's Djamileh (title role) at the Saint Etienne Opera and at the Opéra National de Lyon, Bizet's Portrait de Manon (Jean) at the Liceu in Barcelona, Dorabella (Cosi fan tutte) at the Swedish Opera in Stockholm, at the Aix-en-Provence Festival, at the Frankfurt Opera and at the Karlsruhe Opera, Cherubino (Le Nozze di Figaro) at the Théâtre Royal de la Monnaie in Brussels as well as Sesto (Giulio Cesare) at the Staatsoper Dresden. The season 2010/2011 was highlighted by her first Carmen (title role) at the Opéra national de Bordeaux, followed by The Rake's Progress (Baba the Turk) at the Opéra national de Lorraine.

Her commitments in the last few years include Carmen (title role) at the Deutsche Oper am Rhein in Düsseldorf, Zemlinsky's Eine florentinische Tragödie (Bianca) at the Deutsche Oper am Rhein,  Verdi Requiem's debut at Konzerthaus in Berlin, as well as Rossini' s Petit Messe solenelle and Mahlermania with a controversial Berlin theater company Nico and the Navigators, L'incoronatione di Poppea (Nerone) at the New Belgrade Opera, Carmen (title role) at the Theater Bremen, Hamlet (Gertrude), The Rape of Lucretia (Lucretia) und Iphinegie in Aulis (Clytemnestra)  at the National Theater Antonin Dvořák in Ostrava and National Theater in Prag.