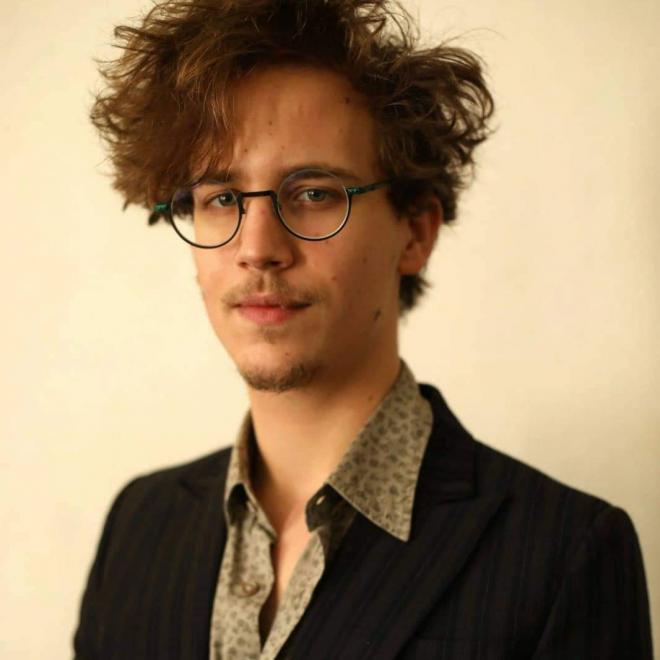 Igor Jurinić (b. 1998) graduated from the School of Applied Arts and Design (music programme) and the Vatroslav Lisinski Music School in Zagreb in 2017.

He began his musical education with piano and started learning percussion at the age of thirteen. He has won first prizes in national competitions, first prize in the Svirel International Music Competition in Slovenia and third prize in the prestigious Italy PAS International Percussion Competition in Pescara. In addition to his solo performances, he has performed with the Croatian Radio and Television Symphony Orchestra as a finalist of the Eurovision Young Musicians competition, the Zagreb Flute Ensemble, the Gaj Cultural-Artistic Society etc. As part of the Showroom of Contemporary Sound, an international festival promoting ‘experimental and different music’, he performed a solo recital MARIMBA :: MARIMBA at &TD Theatre’s Semicircular Hall in Zagreb in May 2017.

He is currently completing his first year of Master’s Degree in acting and, apart from successfully passing art exams, he participates in projects of other departments of the Zagreb Academy of Dramatic Art (Dramaturgy, Directing, Dance, Production) and events such as DeSADU, FRKA and KRADU. He has also participated in collaborative multi-arts academy projects such as TENSIONS or Reconciliation Between Academy Students: How to Make a Musical Play in Three Days? within the 30th Music Biennale Zagreb. His non-academic activities include participation in Poco Loco Theatre’s projects and in TV series Black and White World, as well as roles in theatre productions No Place Like Home of the Kerempuh Theatre in Zagreb and One Song a Day Takes Mischief Away of the Croatian National Theatre in Zagreb. He is currently working on Kerempuh Theatre’s new production, which is to premiere in October 2021.