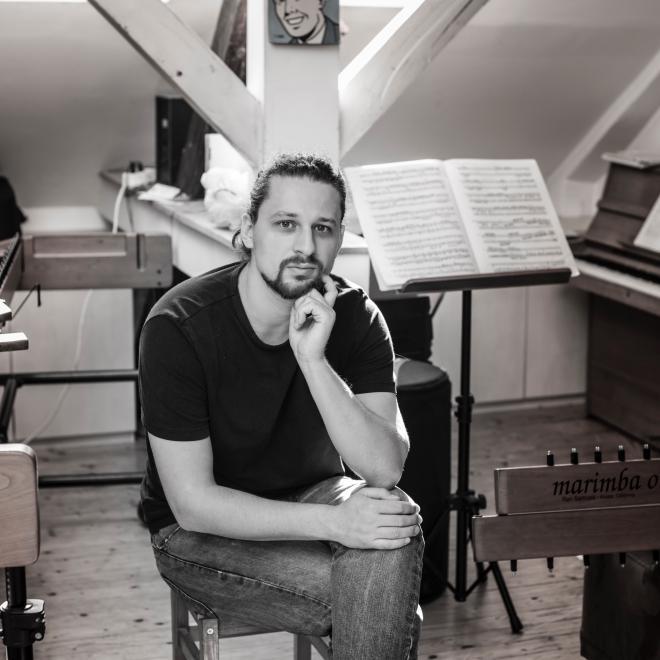 Filip Merčep graduated cum laude from the Zagreb Academy of Music under Igor Lešnik in 2015. In 2010 he entered the Eurovision Young Musicians Competition finals and, as the only Croatian finalist since Monika Leskovar in 1998, performed in front of the Vienna City Hall before the audience of 45,000 accompanied by the ORF Vienna Radio Symphony Orchestra conducted by Cornelius Meister. Ever since his student days, he has been active on the music scene performing at numerous major festivals such as the PASIC Festival in Indianapolis (the USA), the Next Generation Chamber Music Festival in Switzerland, the Molyvos International Music Festival in Greece, the Dubrovnik Summer Festival, the Osor Music Evenings Festival, the Zagreb Music Biennale and the Split Summer Festival. He has appeared with a large number of orchestras such as the Zagreb Philharmonic, the Croatian Radio and Television Symphony Orchestra, the Dubrovnik Symphony Orchestra, Vienna’s ORF Symphony Orchestra and the Republic of Croatia Armed Forces Wind Orchestra. Worth mentioning among his numerous awards are the Zagreb Philharmonic Best Young Musician Award (2015), the Croatian Musical Youth Ivo Vuljević Best Young Musician Award (2011), the City of Samobor Annual Award, the Yamaha Scholarship Award for Best Percussionist of the Zagreb Academy of Music, the University of Zagreb Rector's Award, the Zagreb Academy of Music Dean's Award, 2nd Prize in the Universal Marimba Competition (Belgium), 1st Prize in the Boris Papandopulo Competition (Zagreb) and the  Porin Discography Award in the Best Classical Music Interpretation Category. In 2018 he acquired the status of a freelance artist.

As an ardent advocate of Croatian music, Filip Merčep frequently performs the works of Croatian composers outside his homeland (Germany, Switzerland, Belgium, the USA), which greatly enhanced his popularity.

In addition to his solo appearances, Filip Merčep is a member of the Sudar Percussion Ensemble, with which he has played in crowded auditoriums of Croatia's major classical and popular music festivals, featuring well-known performers of both classical and crossover music.

As a chamber musician, he has collaborated with renowned artists and ensembles on a variety of music projects. He is also a member of the Marimba Quartet alongside Katarzyna Mycka, initially his marimba role model and now his colleague and mentor. The quartet has appeared extensively all over Europe, and went on its first USA tour in December 2016. From 2015, at the invitation of Mrs Mycka, Filip Merčep has served as assistant lecturer at the International Katarzyna Mycka Marimba Academy in Hanover, in 2016 as assistant lecturer at the Arosa Summer Academy in Switzerland, and in June 2017 he was supposed to teach chamber music at the IKMMA Marimba Academy in Arcata, California.

He is currently based in Amsterdam, where he is studying for a degree in Live Electronics at the Amsterdam Conservatory.