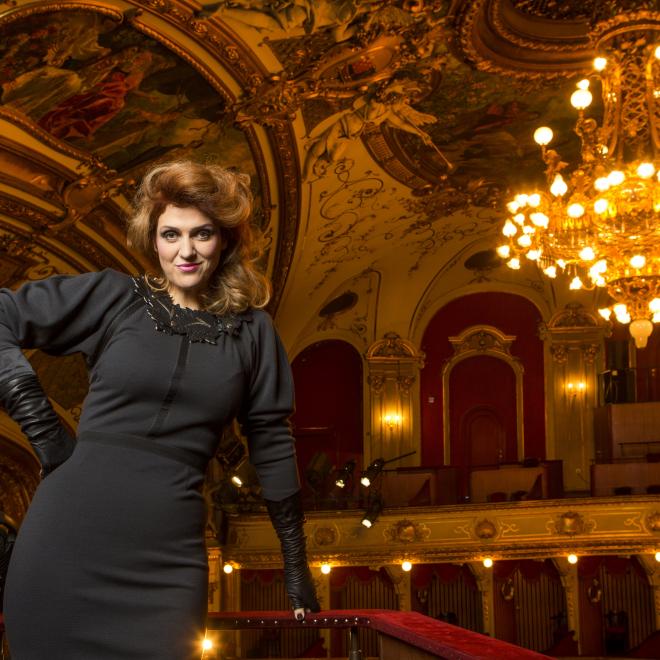 Mezzo-soprano Dubravka Šeparović Mušović obtained her education in her hometown Dubrovnik and Zagreb, where she graduated from the Faculty of Architecture in 1993. She completed her Voice Studies at the Zagreb Academy of Music in 1998, where she also obtained her master’s degree in 2000. Her interpretations had already attracted attention during her studies; she won Second Prize in the International Singing Competition in Karlovy Vary in 1999 as well as the Special Prize of the Prague State Opera, where she debuted the following year in the lead role of Bizet's Carmen. In 2002 she appeared as Amneris in Verdi's Aida at the National Theatre of Brno. In 2001 she became a member of the Opera of the Croatian National Theatre of Zagreb and in 2016 she acquired the status of the leading national opera singer.

Her numerous roles at the Croatian National Theatre include Elettra in Mozart's Idomeneo, Amneris in Aida, Princess Eboli in Don Carlos, Santuzza in Mascagni's Cavalleria rusticana, Carmen, Adalgisa in Bellini's Norma, Kundry and Ortrud in Wagner's Parsifal and Lohengrin, Kostelnička in Jenufa. She has regularly appeared internationally (in Brno, Prague, Saarbrücken, Wuppertal, Trier, Luxembourg, St Gallen, Bonn, Stuttgart, Graz, Vienna, Munich…) in great roles of the Italian, German, French and Slavic repertoire (Delilah, Carmen, Judith, Eboli, Ježibaba, Amneris, Herodias, Fricka...). Her roles from the Croatian national repertoire include Doma (Ero the Joker) and Jele (Equinox). She appeared as Carmen and Amneris on tour of the National Theatre Opera of Brno in Japan in 2003, while in 2010 she sang the role of Herodias in the first performance of Strauss’ Salome in China. She has collaborated with renowned conductors, directors and singers such as Paata Burchuladze, José Cura and Jonas Kaufmann. She is equally dedicated to concert repertoire, especially Gustav Mahler's opus. As concert singer, she took part in performances of a number of great vocal-instrumental works, such as Beethoven's Missa Solemnis and Ninth Symphony, Berlioz's Les nuits d'été, Brahms's Alto Rhapsody, Verdi's Requiem, Schönberg's Gurre-Lieder and Wagner's Wesendonck-Lieder. She won numerous awards, including the Orlando Award in 2000 and 2013, the Milka Trnina Award in 2006, the Medal of the City of Zagreb in 2009, the Tito Strozzi Award in 2011, the Award of the City of Zagreb in 2012, the medal of the Croatian Order of Danica hrvatska bearing the effigy of Marko Marulić, the Best Wagnerian Singer Award in 2013 and the Award of the City of Dubrovnik in 2018.