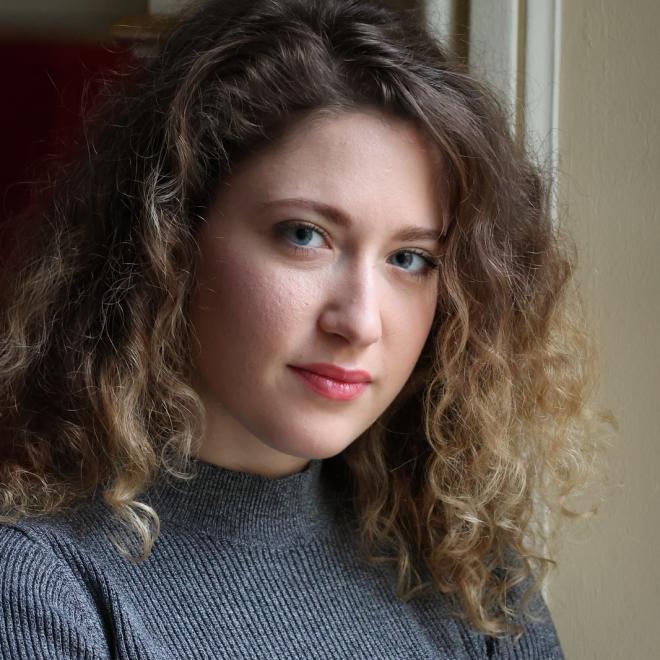 Darija Auguštan (Zagreb, 1996) is currently finishing her solo singing studies at the Zagreb Academy of Music under Snježana Bujanović-Stanislav. She began her vocal training at the Pavao Markovac Music School in Zagreb with Nataša Šurina. After a series of successful performances in student productions, in 2019 she made her debut at the Croatian National Theatre in Zagreb as the First Lady in The Magic Flute and at the Zagreb City Theatre Komedija as the eponymous character in operetta Countess Maritza. She sang Micaëla in Carmen at the Croatian National Theatre Zagreb and Croatian National Theatre Rijeka, and made her debut as Mozart’s Bastienne at the Croatian National Theatre Varaždin. She has won a number of awards in singing competitions, most recently the First Prize at the Mario Orlandoni International Competition in Italy (2021). She has collaborated with renowned artists such as conductors Mladen Tarbuk, Tomislav Fačini, Uroš Lajovic, Franz Anton Krager, Nikša Bareza, Marcello Mottadelli, Valentin Egel and Darijan Ivezić, and directors Dora Ruždjak Podolski, Krešimir Dolenčić, Ozren Prohić, Mathias Behrends, Marin Blažević and Arnaud Bernard. In addition to operatic and concert performances, she is very passionate about lieder and sacred music.