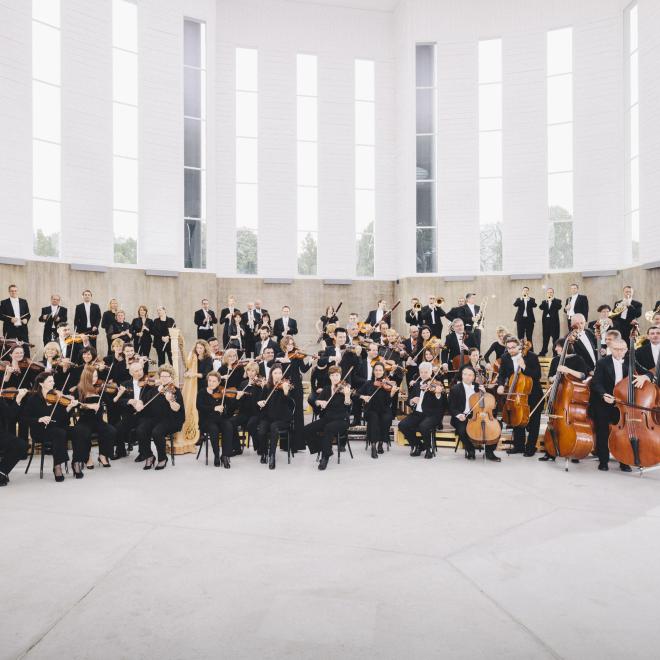 The Croatian Radiotelevision Symphony Orchestra is one of the oldest European radio orchestras: it grew out of an orchestra founded in 1929 for Radio-Zagreb, just six years after the foundation of the first European radio orchestra. It has borne its current title since 1991. Initially, it was tied exclusively to the radio programme, however it began to hold public performances in 1942. Live broadcasts of concerts and recording remain a component part of its work.

The first public concert cycle with a live audience and radio broadcast was held at the Croatian Music Institute. Among the conductors of the time, the most common were Lovro pl. Matačić, Krešimir Baranović, Boris Papandopulo, Mladen Pozajić, Dragan Gürtl, and later Friedrich Zaun, Milan Sachs, Slavko Zlatić, Ferdinand Pomykalo... Of the post-war generation of conductors, those most tied to the work of the orchestra were Milan Horvat, Antonio Janigro, and Stjepan Šulek. In 1962, the position of chief conductor was introduced. The chief conductors were Pavle Dešpalj, Krešimir Šipuš, Josef Daniel, Oskar Danon, Milan Horvat, Uroš Lajovic, Vladimir Kranjčević, and Nikša Bareza. Enrico Dindo has held this position since the 2015/2016 season.

With a unique programme orientation, at the centre of which is the continuous performance and stimulation of works by Croatian authors as well as a repertoire of both standard and lesser-known works, the Croatian Radiotelevision Symphony Orchestra has become one of the key performing bodies in Croatia. Even during the Homeland War in the early 1990s, the orchestra held dozens of concerts in battlefields from Osijek, Pakrac, Lipik, Đakovo, Gospić, Vinkovci, and Bošnjaci to Šibenik, Zadar, Karlovac, and even Sarajevo. The orchestra regularly takes part in festivals and events such as the Zagreb Music Biennale, the Dubrovnik Summer Festival, Osor Music Evenings, Music Evenings at St. Donat’s Church, educational concerts for children and youth in cooperation with Croatian Musical Youth (HGM), competitions for young musicians... Concerts with years-long subscription cycles, the independent Majstorski ciklus and cycle Kanconijer in cooperation with Croatian Radiotelevision Choir, which hosts leading Croatian and international directors and soloists, are held at the Vatroslav Lisinski Concert Hall and are broadcast live on Croatian Radio’s Third Programme and Croatian Television’s Third Programme. A large number of audio and video recordings are stored in the Croatian Radiotelevision archives, which are available via the HRTi multimedia platform.