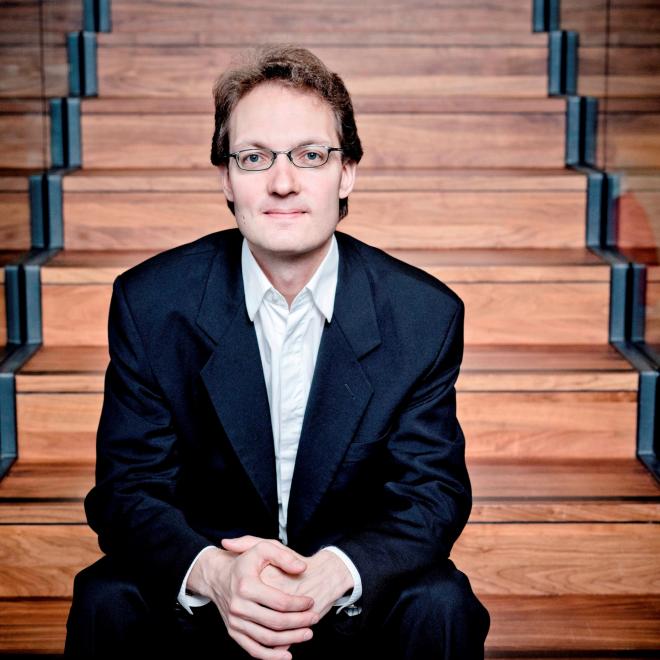 “This is playing of a high order”
– Gramophone

Aapo Häkkinen began his musical education as a chorister at Helsinki Cathedral. He took up the harpsichord at the age of thirteen, studying with Elina Mustonen and Olli Porthan (organ) at the Sibelius Academy. From 1995 to 1998 he studied with Bob van Asperen at the Amsterdam Sweelinck Conservatory and from 1996 to 2000 with Pierre Hantaï in Paris, and also enjoyed the generous guidance and encouragement of Gustav Leonhardt. Immediately after obtaining his diploma in 1998, he won second prize and the VRT prize at the Bruges Harpsichord Competition. He was also awarded the Norddeutscher Rundfunk special prize Musikpreis 1997 for his interpretations of Italian music.

Aapo Häkkinen has appeared as soloist and conductor in most European countries, in Turkey, Israel, Japan, Korea, Vietnam, the USA, Brazil, and Mexico. He has recorded for the labels Aeolus, Alba, Avie, Cantus, Deux-Elles, Naxos, and Ondine. A frequent guest on both radio and television, he hosts his own programme on Classic FM in Finland. Besides the harpsichord, Aapo Häkkinen regularly performs on the organ, on the clavichord, and on the fortepiano. He teaches at the Sibelius Academy and at international masterclasses. He has been Artistic Director of the Helsinki Baroque Orchestra since 2003.