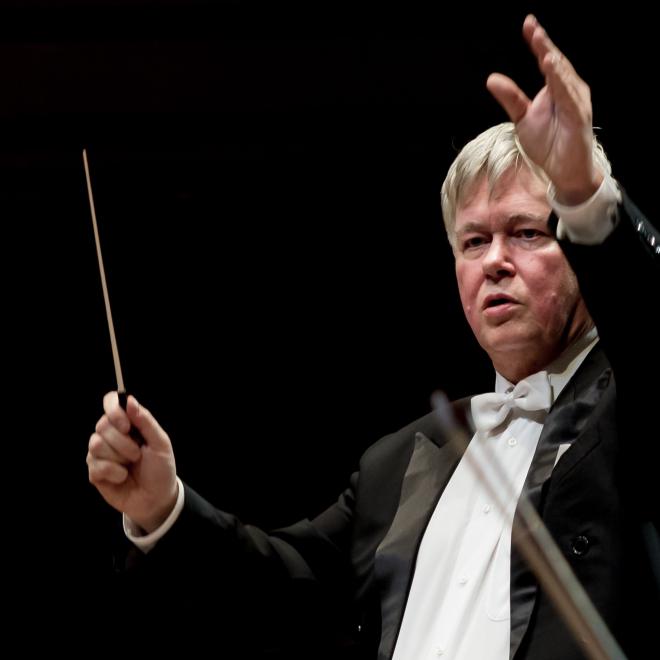 Zoltán Kocsis is a Hungarian pianist, conductor, and composer. Born in Budapest in 1952, he began to play piano at the age of five. In 1963, he entered Béla Bartók Music School, studying piano and composition and in 1968, entered the Franz Liszt Music Academy as a pupil of Pál Kadosa and Ferenc Rados.

His international fame began at the age of eighteen when he won Hungarian Radio's International Beethoven Competition, and scintillating solo career rapidly unfolded.  He was invited to perform all over Europe, in North and South America as well as the Far East.

He has performed with leading world orchestras such as the Berlin Philharmonic, the Royal Philharmonic, the Vienna Philharmonic, the Chicago Symphony Orchestra and the San Francisco Orchestra. He has been a regular guest at international festivals in Edinburgh, Paris, Tours, Lucerne, Salzburg, Prague and Menton, and worked with such conductors as Claudio Abbado, Christoph von Dohnányi, Edo de Waart, Charles Mackerras, Lovro von Matacic, Charles Dutoit, Herbert Blomstedt and Michael Tilson Thomas.

In 1983, he co-founded the Budapest Festival Orchestra with Iván Fischer, and since 1987 has regularly conducted. He is also a recognised composer. The prominent example of it is the third movement he composed for Shoenberg's unfinished opera, Moses and Aaron. He is deeply committed to contemporary music and has enjoyed a fruitful relationship with, amongst others György Kurtág, giving world premiers of numerous Kurtág compositions, some of which are dedicated to him.

Zoltán Kocsis has recorded for Denon, Hungaroton, Nippon Columbia, Phonogram and Quintana, and was, for several years, an exclusive Philips Classics artist. He received an Edison prize for his recordings with Iván Fischer and the Budapest Festival Orchestra of the three Bartók concertos.

His Debussy recordings won the Gramophone prize as well as the „Instrumental Recording of the year“ award.

In Autumn 1997, he became general music director of the National Philharmonic Orchestra (formerly the Hungarian State Orchestra). As a result, the orchestra's repertoire has broadened considerably, and since his appointment, several works have been given their world premiere. In recent years, he has toured many European countries, the United States and Japan with the orchestra as both conductor and soloist, and enjoyed immense critical acclaim.

In January 2004, Zoltán Kocsis was bestowed a LifetimeAchievement Award at the Cannes Midem, where he also received the distinguished French honour, Le Chevalier de l'Ordre des Arts et des Lettres from France's Minister of Culture, awarded for his supreme efforts popularising French music and for the entirety of his work as a musician. In March 2005, his work was, for the second time after 1978, acknowledged with the Kossuth Prize. On the 23rd of January 2007, the Minister of Education and Culture appointed Zoltán Kocsis „Global Ambassador of Hungarian Culture“. On the 30th of May 2012, on his 60th birthday he was granted the Corvin chain expressing the respect of the Hungarian nation towards them.