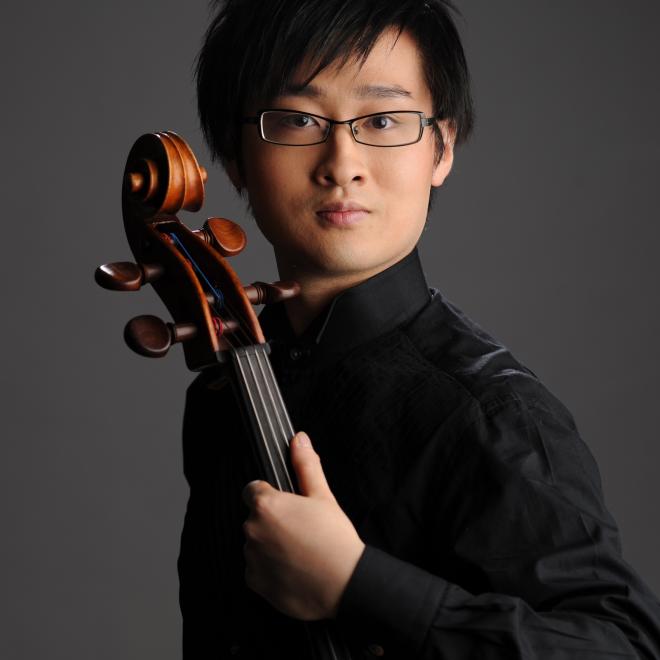 Yuya Okamoto was born in Tokyo in 1994. He received his first cello lessons at the age of six.

In 2008 he won the Diploma of Merit in the Gasper Cassado International Cello Competition in Hachioji (Tokyo).

From 2010 to 2013, he attended the Music High School, a branch of the Tokyo University of the Arts' Faculty of Music, and studied under Professor N. Yamazaki. He also attended masterclasses and lessons of Professors W. Boettcher, M. Perenyi, G. Rivinius, N. Gutman, J. P. Maintz, A. Meneses, P. Bruns and T. Tsutsumi. From 2013 to 2017, he studied at the Hochschule für Musik und Theater in Munich under Professor Wen-Sinn Yang, and from 2017 he studies at the same college under Professor Julian Steckel.

In 2011, he won First Prize, and the Masuzawa, Kuroyanagi, Tokunaga and Iwatani (Audience) prizes in the 80th Japan Music Competition.

In 2015, he won the Honourable Mention Prize in the 10th Witold Lutoslawski International Cello Competition in Warsaw.