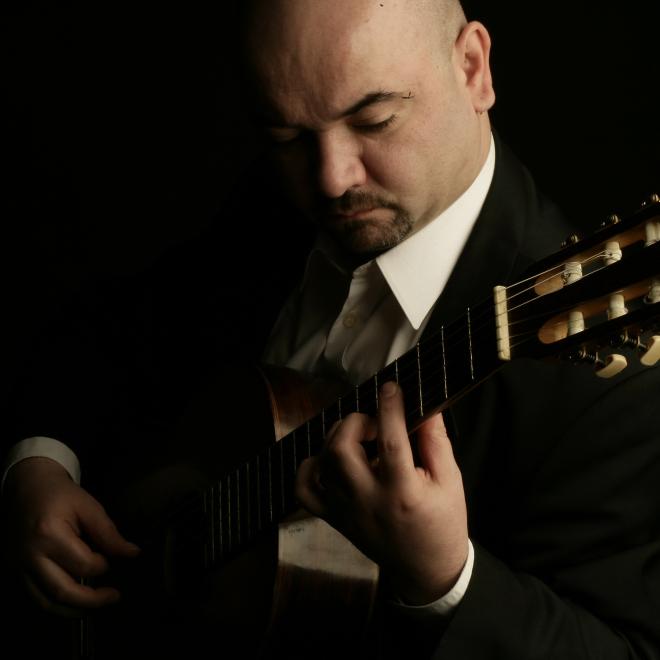 Tvrtko Sarić was born in Gospić. He began to study music in Rijeka with Nikola Jedrlinić, took his A-levels in Zagreb under Ištvan Römer, and graduated from the Zagreb Academy of Music under Darko Petrinjak. He continued his studies with Goran Listeš at the Lovran Academy of Music. During and after his studies, he attended several national and international master courses (V. Dešpalj, M. L. Saomarcos, A. Carlevaro).

Sarić has performed in Slovenia, Austria, Italy, Germany, Poland, Bosnia and Herzegovina, Mexico and the USA. He has appeared as a soloist with the Zagreb Philharmonic, the Zagreb Soloists, the Celj String Orchestra, almost all Croatian string quartets, and as a member of the Cantus Ensemble. From 2010 – 2015, he played the lute in the Minstrel Renaissance Ensemble.

His music has been recorded on five CDs released by several Croatian and Slovenian labels. He recorded the most recent one, entitled Serenade (Aquarius Records, 2015),  with violinists Ivo and Tvrtko Barač.

Tvrtko Sarić has founded a number of music series in Gospić and the Lika-Senj County, and served as their artistic director. He lectures at the Zadar University's Teaching Studies Department in Gospić.