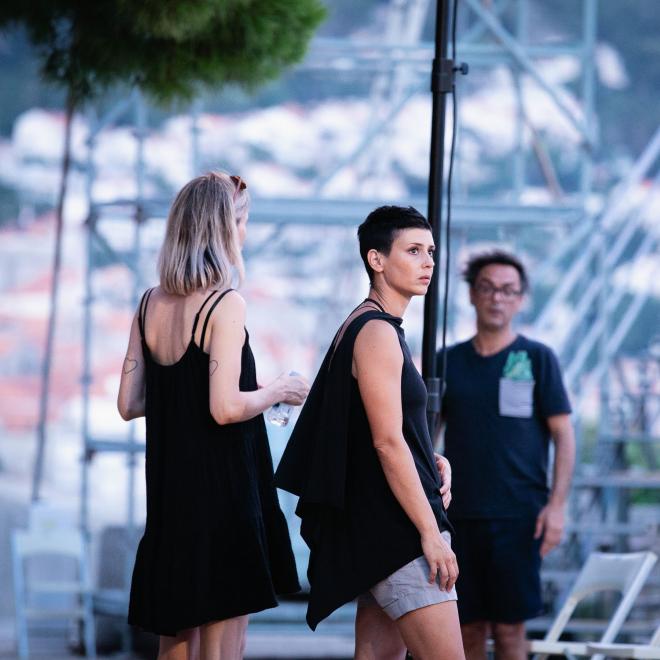 Petra Hrašćanec is active in the field of performing arts as a dancer, choreographer and pedagogue. Her primary field of interest and education is contemporary dance, whereas her works are characterised by exploration of the body as the reality of performance through different media. Apart from performing her own works, she also performs as an associate member of choreographer Francesco Scavetta’s Wee Company based in Norway. As a choreographer, she creates as a member of the 21:21 arts organisation (as one of the artistic directors) and partner organisation de facto in collaboration with Croatian institutions (Theatre &TD, Zagreb Youth Theatre, Pogon Jedinstvo, Zagreb Dance Centre). Since 2013, she has served as a lecturer and a mentor leading the Contemporary Dance Technique programme at the Department of Dance of the Academy of Dramatic Art, University of Zagreb. She is the artistic director of the Monoplay Festival in Zadar since 2009.

The works of Petra Hrašćanec and Saša Božić have been presented at the renowned European dance festivals and theatres, including the Rencontres Choreographiques Internationales de Seine-Saint-Denis in Paris, Impulstanz in Vienna, UOVO Festival in Milan, La Jette Dance Centre in Brussels, Les Subsistances in Lyon, Theatre de la Bastille in Paris and others.