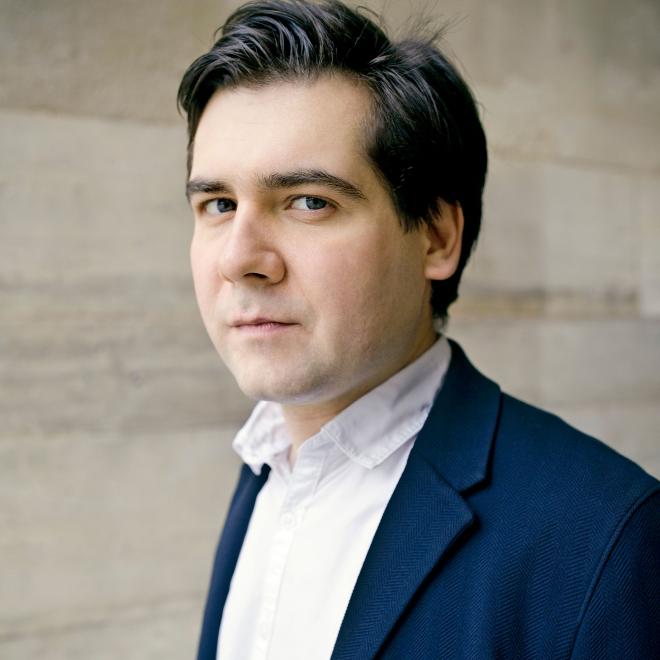 Ukrainian pianist Vadym Kholodenko is fast building a reputation as one of the most musically dynamic and technically gifted young pianists to recently emerge on stage. His accolades include Gold Medal of the 2013 Cliburn Competition, a prestigious Diapason d’Or de l’année for his solo disc of Scriabin for Harmonia Mundi and First Prize at both the Schubert Piano Competition in Dortmund and Sendai Piano Competition in Japan. In 21/22 he is Artist In Residence with the SWR Symphonieorchester.

In North America Kholodenko has performed with the Philadelphia Orchestra, Atlanta Symphony, Indianapolis Symphony, Cincinnati Symphony, Rochester Philharmonic and San Diego Symphony Orchestras, and toured with the Staatskapelle Weimar under Kirill Karabits. He has given recitals throughout the United States including in New York, Washington and Boston and at the Aspen Music Festival.

His 2022 residency with the SWR Symphonieorchester Stuttgart sees Kholodenko perform Brahms Piano Concerto No 2 with Teodor Currentzis, Beethoven Piano Concerto No 5 with Lionel Bringuier and Rachmaninov with Dmitry Slobodeniuk. Elsewhere he performs Beethoven with the BBC Symphony Orchestra, Prokofiev with the BBC National Orchestra of Wales and with the Orchestra Sinfonica Nazionale della RAI (Turin), RTE National Orchestra of Ireland, Janacek Philharmonic/Boreyko and a return to the Filarmonica Toscanini in Parma where he was Artist In Residence last season. He gives recitals in Oxford, Rome, Venice, Porto, Toulouse and tours North America including performances in Washington and Miami.

Vadym Kholodenko was born in Kyiv from Israeli heritage and gave his first concerts at the age of 13 in the USA, China, Hungary and Croatia. He studied at the Moscow State Conservatoire under Professor Vera Gornostaeva.