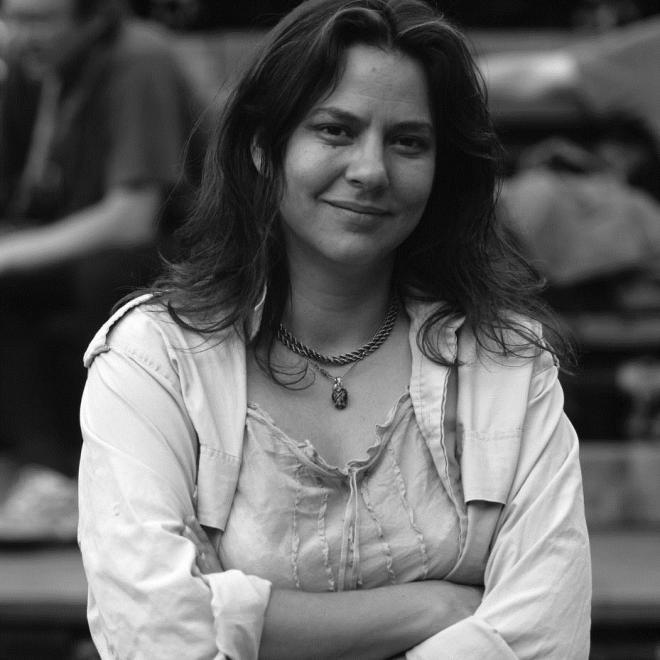 Graduated in with a degree Directing from the Faculty of Dra - matic Arts in Belgrade where she began her career in theatre directing across all of the former Yugoslavia. In 1994 she joined Vanessa Redgrave, Corin Redgrave, Kiki Markham and Ekkehart Schall as co-founder of the Moving The - atre Company, and directed its first performance of Brecht in Exile devised by G. Stefanovski. Her other productions for Mov-ing Theater included Waterfall by V. Stevanovi ć (Time Out Critics Choice), Arsonists by Max Frisch with Frances de la Tour (Riv - erside Studio), and The Consul by G. Menotti (Leighton House).

For the English National Opera she directed the world premiere of A Better Place by Martin Butler, and History’s Rhyme for the ENO Studio. For Opera Circus she directed the premiere of Nigel Osborne’s Differences in Demolition (A Sevdah Opera) and Shoreline - Stories of Love and War in co-production with the Scottish Ballet and the Hebrides En - semble. In 2013 she directed the multimedia project Henry V by William Walton with the Zagreb Philharmonic, conducted by Sir Neville Marriner at the Vatroslav Lisinski Concert Hall in Zagreb. Her other notable international theatre work includes The Tempest by William Shakespeare at Shakespeare’s Globe Theatre with Vanessa Redgrave as Prospero, Euripides’ Medea with Annette Bening for UCLA Live, and Core Sample, based on Beckett’s Waiting for Godot with Vanessa Redgrave, Lynn Redgrave, Amanda Plummer, and Caroline Jones.

In 2011 she directed the performance Neraskidive niti – Radnice u kulturi for workers in the textile industry, support- ng former workers of Kamensko factory who themselves also participated in the performance. In 2001 she directed the Ulysses Theatre’s founding pro - duction, King Lear with Rade Šerbedžija, which is performed to this day. Her other work for Ulysses Theater includes Medeja, Marat/Sade, Core Sample, Hamlet, Pijana noć 1918., Romeo i Julija ‘68, Oluja, Cabaret Brecht – Zadrživi uspon Artura Uija, Pokojnik, Shakespeare u Kremlju, Antigona – 2000 godina kasnije, Dobri čovjek iz Sečuana (co-produced by the Ulysses Theatre and the University of Rijeka’s Department of Acting and Media Studies), Shakespeare ljetne noći – varijacije i Bakhe. She has been the Ulysses Theatre’s Artistic Director since 2012.