In front of St. Jacob's Church 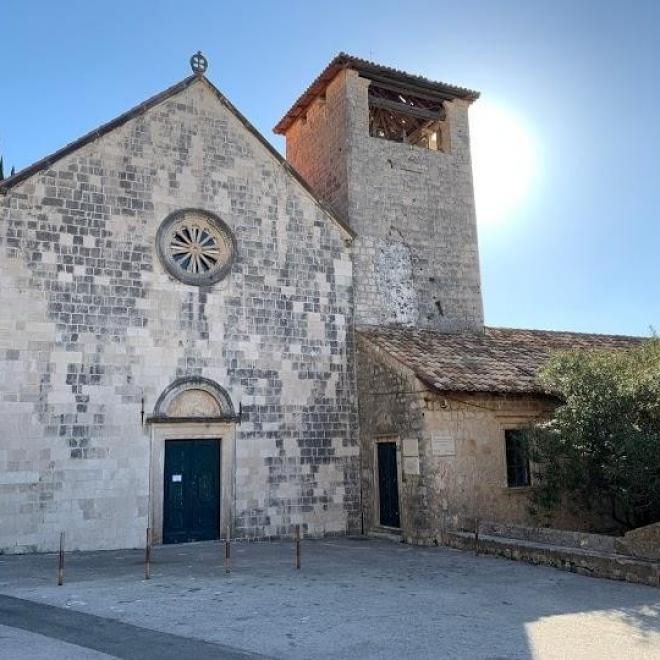 In 1222, on the solitary cliffs overgrown with dark pines beneath the silent Mount Srđ, Benedictine priests built a church and convent, dedicated to St. Jacob and overlooking to the west Lokrum Island and the Old Town, a singularly beautiful vista. During the times of the Dubrovnik Republic, the convent hosted Dubrovnik’s emissaries, the poklisari, before their yearly mission to the Sublime Porte where they would pay the Ottomans tribute and thus assure peace for the Republic. The dawn of the 19th century brought about the fall of the Republic and the dissolution of the convent while the church remained, and is active in present times with this year marking the 800th anniversary of the its founding. The secluded cove in the shadows of the church hides a pebble-sand beach which is a favourite spot of the city’s residents and tourists.