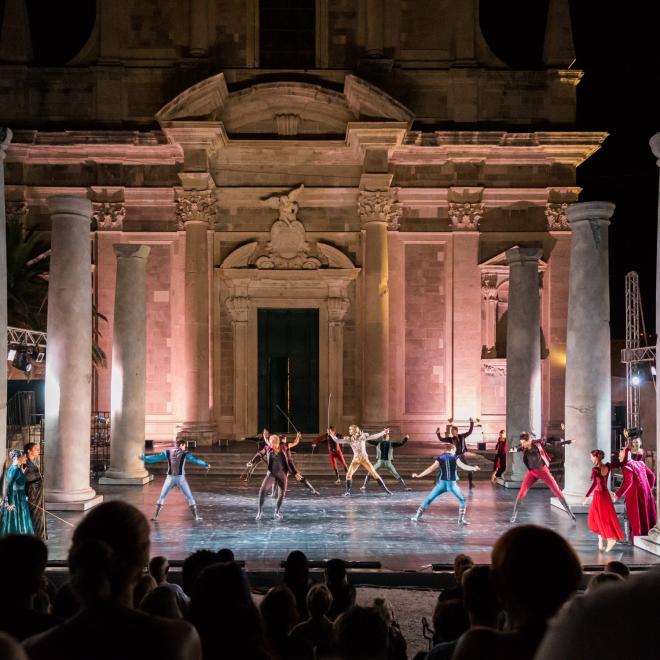 Bošković Square is situated within the City Walls, in front of Jesuit Church. In 1836 the Square was called Piazza na Jezuvitima (Jesuite Piazza), in 1912. Poljana na Jezuvitima (Jesuite Square), and in 1930 Ruđer Bošković Square. Jesuite Collegium Ragusinum, where many prestigious residents of Dubrovnik were educated, is situated in the Square. The Square is an open-air theatre where numerous plays were performed including Gloria, The Miser, Uncle Maroje, etc. The house (later pulled down) of the famous theatre actress, Katica Labaš, was also situatd in the Square.